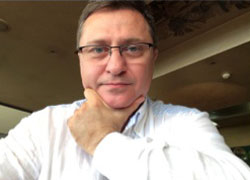 Why have we become a digital media publisher?

The world has changed. Global Internet Network, World Wide Web (www.) has already irreversibly affected and increasingly shaped our lives. Until recently, scientific books were a source of knowledge, exclusively reserved for the dedicated. Today, an answer to almost every question, from the most common to a highly professional, is sought for and found – on the Internet. To paraphrase, one can say that what does not exist on the web, does not exist at all.

The crisis of academic publishing has lasted for more than a decade. Scientific and technical books, and scientific journals have been issued in reduced circulation; there has been less buying and reading in the classic, brochure form. Computer screens, tablets, even smart phones, have replaced paper pages turning. Major academic publishers (Elsevier, Springer, British Medical Journal, for example) as well as major universities (Cambridge, Oxford, UCLA) have been digitalizing their archives and selected books for several years now, and new ones are being issued in electronic, online form, customized for the Web search . Knowledge becomes available to the general public all over the world. Digital books are not only present everywhere and at all times, but they do exist in separate electronic databases, their active content is suitable for the web search and at the same time – everything is archived for eternity.

Scientific papers and journals are an important part of the academic community. Natural science magazines are leading in this. English language is accepted as the language of understanding, in most of the world. The importance of a journal depends on quality of published work resulting in its global citation. Publication of papers in journals with SCI indexation (Science Citation Index Expanded, Thompson Reuters), especially those with the high index, leads to progress in academic careers and overall benefits to science. Moreover, the total of citations of an author from particular academic environment on the world wide web, is crucial for a college or university rating. Since the citation of papers and their authors has become an imperative, global web brought up so called open access, completely free (free of charge) access to the content of the work. According to internationally accepted ethical standards of scientific peer-reviewed paper, this work is followed by a special electronic address (DOI Digital Object Identifier System), which makes finding it on the web much easier and faster; this increases the possibility of its readership, and therefore the citation; it reduces time and the cost of publishing the paper, passing over the renowned and expensive publishers traditional magazines. The revolution of open access in scientific publishing is underway, and instead of a few former bastions of knowledge, the world of science is becoming multipolar.

Standard forms of academic teaching of younger generation (textbooks, lectures, scripts, conferences) have now been associated with new forms- webinars, audio and video content, the Internet radio and television, so the process is now more and more multimedia. Digital printing on all carriers of different media, with the possibility of production of individual copies, or a small number of high-quality, copyright copies, has completely revolutionized the standard forms of “publication.”

Founded in 1993, publishing company Visio Mundi Academic Press, after twenty years of promoting academic publishing and the production of scientific and technical publications in our community from almost all fields of natural science, humanities and the arts, in 2014 became Visio Mundi Academic Media Group. Although the head office is situated in Novi Sad, we intend to improve the sharing of digital publishing knowledge with regional and global academic environment and thus contribute to a more humane vision of the world.
Our mission is to discover the world of our authors.